Warning: "continue" targeting switch is equivalent to "break". Did you mean to use "continue 2"? in /nfs/c09/h03/mnt/134206/domains/maneas.com/html/wp-content/plugins/revslider/includes/operations.class.php on line 2339

Warning: "continue" targeting switch is equivalent to "break". Did you mean to use "continue 2"? in /nfs/c09/h03/mnt/134206/domains/maneas.com/html/wp-content/plugins/revslider/includes/operations.class.php on line 2343

Warning: "continue" targeting switch is equivalent to "break". Did you mean to use "continue 2"? in /nfs/c09/h03/mnt/134206/domains/maneas.com/html/wp-content/plugins/revslider/includes/output.class.php on line 3166
 Privacy Erosion is Technology Pollution | Maneas

Over the past 2 weeks, Edward Snowden has blown the lid off a program of widespread social surveillance. The NSA is monitoring everything we do online via the largest technology companies in the world.

The debate is complex. President Obama has stated “You can’t have 100-percent security and also have 100-percent privacy and zero inconvenience. We’re going to have to make some choices as a society”.

Let me put this forward: Privacy Erosion is Technology Pollution.

History is repeating itself and we can learn from its lessons. At its most basic level, personal privacy is a social liberty endoctrinated in the Bill of Rights. It is also a long-term, complex social system. We can learn from the human response to another similar system: the climate.

Roughly 200 years ago, the Industrial Revolution kicked off a period of phenomenal economic transformation. In the mid-1800’s, cheap fossil fuel enabled steam-powered boats, ships and railways. Petroleum fueled the automobile. And in the early 1900’s electricity became a foundation of modern life.  Our lives today would be nothing like they are without these innovations.

However, these innovations have come at a cost. In the 1960’s, scientific studies began to connect the carbon dioxide emissions from fossil fuel use to changes in the global environment. Scientific consensus started to form in the 1980’s that increases of CO2 concentration in the atmosphere would lead to global warming with potentially catestrophic consequences to the earth’s weather patterns. Today, the scientific community is virtually unanimous that human-driven CO2 pollution is putting the world’s climate at catastrophic risk of irreversible warming.

In May this year, the atmospheric concentration of CO2 reached the threshold of 400 parts per million – a global warming tipping point – the highest concentration in 300 million years. Yet, geo-political forces are preventing enough appropriate action. Famously, the 2009 United Nations Climate Change Conference in Copenhagen resulted in stalemate. Earlier this year, hurricane Sandy caused over $1bn in damage to New York city. In other words, the cheap fossil energy that we have consumed since the beginning of the Industrial Revolution had a hidden cost which we are now starting to pay.

Similarly, the birth of the internet age over the past 20 years has transformed the way we live, and the way businesses operate on a global scale. Today, data connects everything we do with the same transformational influence that electricity did 100 years ago. Data connects our personal and business lives through email, search, social networks, and mobile devices in an almost ubiquitous fashion.

We have weak signals from the future of the ultimate cost we may need to pay for free cloud, search and social. Privacy erosion in the internet age represent the same type of pollution that CO2 did in the Industrial Age. Privacy erosion is pollution of the Cloud.

In order to provide technology for free, many technology companies have developed business models where their most valuable asset is the the data they collect on users. It can be leveraged to sell advertising – Google and Facebook are our most obvious examples. These companies connect a world of information, all our personal relationships and our communications. In exchange the user gets a powerful service for free. What the user doesn’t fully appreciate is that we are in fact paying for the service – with our personal data and our privacy.

Privacy errosion is a social ‘externality’ in the same way as carbon pollution is an environmental externality. The cost strikes right to the heart of freedom of speech, democracy and the rule of law.

This is a complex systems with long-term horizons

As a population, we have a hard time dealing with these issues. The systems of climate and privacy are complex and long-term. It took climate science almost 100 years to develop compelling conclusions. The Stasi in East Germany slowly eroded privacy to suppress their population over a 39 year period from 1950 to 1989 when the Berlin wall came down. When the timeframes for consequences are measured in decades, the human population is the proverbial frog in the boiling water.

In the context of privacy, most people don’t care that the government has full access to their data. To the individual, we have free and useful technology. We rationalize that data is being used for security and read by algorithms. To the honest, law-abiding citizen, the apparent cost of small encroachments on their privacy is very small. The long-term implications are extremely hard to appreciate.

More far-sighted individuals see the longer term implications. Just as with climate change, privacy is an extremely complex system. There are competing individual, corporate and governmental agendas. The systems apply at a global scale with individuals finding it hard to understand how they can act – or why they should even bother – when the cost to them is in fact a ‘public’ good. And the implications can take decades to fully evolve. It takes a far-sighted perspective for individuals to overcome their personal situation to understand the broader picture.

There is a solution. It lies in pricing.

Some progressive governments around the world, such as the Australian government, are starting to put a price on carbon emissions. Companies and individuals now need to pay to pollute. The same lesson can be leveraged to drive innovation in technology business models. In exchange for our personal information, Facebook sells our profile data to advertisers who can target us with specific ads. In its latest financial report, Facebook is earning an average of $5.40 per user in advertising revenue. We battle with privacy settings to make some of our lives invisible. What if Facebook were to provide a paid option, a subscription of $50 per year for no ads and complete privacy. Perhaps even encryption of our personal data. For those users, Facebook could increase its yearly revenue by 10x.

This does in fact work. Prezi, the company who has developed a compelling alternative to PowerPoint, has a free account option where the Prezi’s you create are shared with the community. Prezi’s overall mission is to help people to share ideas, because “Ideas Matter”. But they have given their user’s a choice – paid accounts have privacy settings which allow those same ideas to be shared selectively. LinkedIn is another example and the fastest growing technology company in the world. Premium LinkedIn accounts cost $100/mth and many users see the value the platform provides to professional networking without the same concerns about privacy that Facebook and Google prompt.

Our opportunity is to innovate and lead

User choice has the same power as democracy in our political system. People vote with their active participation in technology platforms and with the prices they pay. Technology business models that slowly erode personal privacy and do not enable this type of freedom are contributing to technology pollution. History repeats but we are short-sighted. The opportunities for leadership and innovation in the technology industry are available.

The question is will we be smart enough to act before we pay a real price. 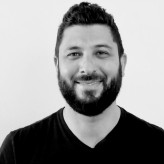 BASED IN NEW YORK